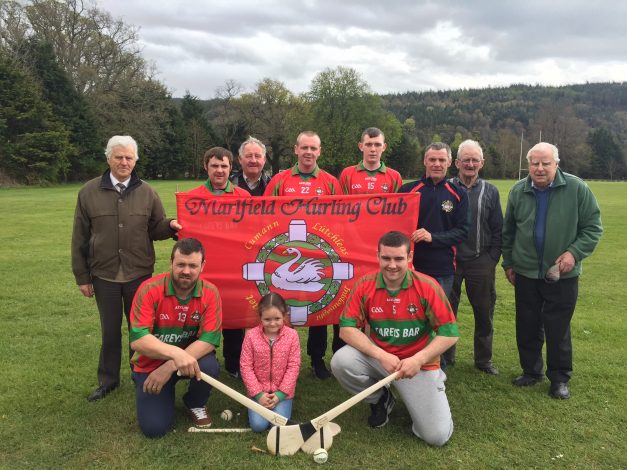 Oppermann Associates were proud sponsors of the Marlfield Hurling Club, Clonmel at the Laochra event which took place in Croke Park on 24th April 2016.  This event was to commemorate the 1916 rising, the story of Ireland’s Gaelic Games and the GAA’s role in the past centenary. Laochra, meaning “Heroes” featured dancers, singers, musicians and entertainers who presented the story of Ireland through the ages. From the folklore of Cu Chulainn and our ancient Celtic past, right up to the British invasion and the Gaelic revival, the show remembered all those who fell during the Rising and all those who have strived, fought and battled for Ireland over the past 100 years.

Our very own Antoinette O Keeffe represented Marlfield Hurling Club as flag bearer in this once in a lifetime event.

In 1945, her grandfather, Michael O’Keeffe, was approached and asked to help in the formation of the Club.  After lengthy discussions, he agreed and at the first meeting of the club he was elected first Chairman (then called President).  Theo English, who played for Marlfield Hurling Club, said Michael help him, especially in the early years, coaching him on how to handle a hurley, how to lay off a ball and on the art of free taking.

Theo was a member of the Tipperary senior inter-county team in the 1950s and 1960s. He is widely regarded as one of Tipperary’s greatest-ever hurlers (5 All Ireland Senior Medals and 6 Munster Championships). In retirement from playing, he continued his involvement on the inter-county scene as a selector. He was a key member of the backroom team when Tipperary won both Munster and All-Ireland titles in 1971. In the 1980s, he served as a selector under Babs Keating. Together with former player Donie Nealon they guided Tipp to three successive Munster titles and an All-Ireland title in 1989. In 2000 he was chosen, by popular opinion, to partner Mick Roche at midfield on the Tipperary Hurling Team of the Century.

Well done to Tyrone Productions for putting on such a memorable and historical event.

With special thanks to Flagman Ireland and Camden Clothing for production of the club flag and tee shirt. 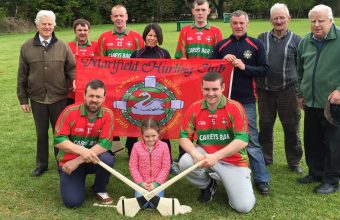 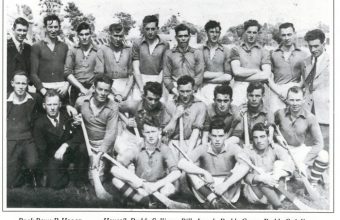