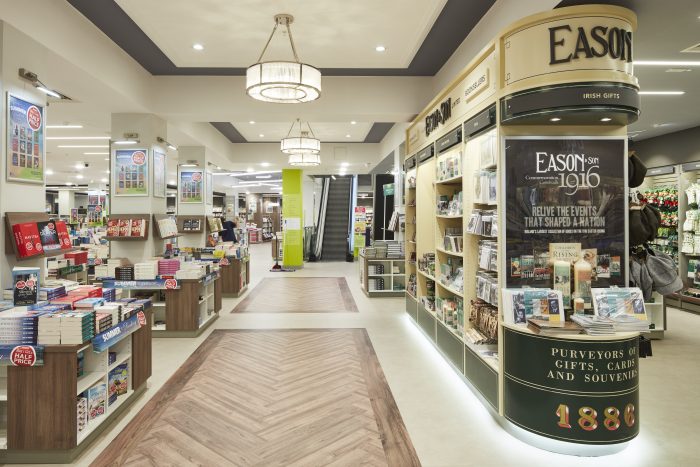 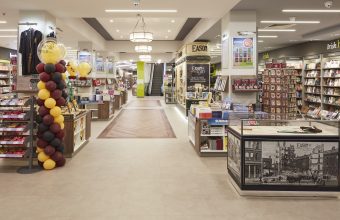 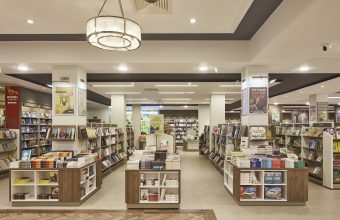 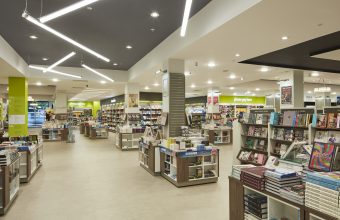 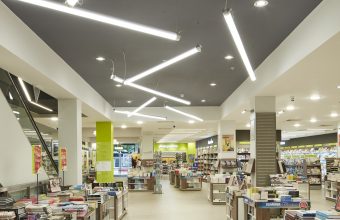 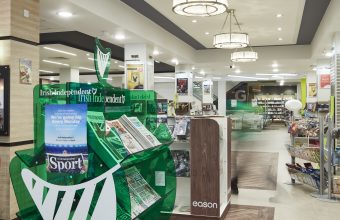 Oppermann Associates have just completed the refurbishment of the ground floor of the Eason Flagship Store on O’Connell Street, Dublin 1.

The result is an uncluttered space with easy to locate departments, a neutral colour palette, informative graphics and focused lighting that makes it easy for customers to find what they are looking for.

Eason and Son has been in business since 1886. The firm dates back to 1856 when Charles Eason Senior was appointed manager of the Dublin branch of W.H. Smith and Son on Eden Quay. Retail was the chief area of business, intertwined with wholesaling and the running of railway bookstalls and advertising. The firm expanded in the 1860s with changes in the news market resulting in wholesaling becoming an increasingly dominant feature. Book distribution was also becoming important with the establishment of the wholesale book department and library scheme.

With the growth in the newspaper market and the expansion of the Irish business William Henry Smith became less involved in the running of the firm. Throughout the 1870s the growth of wholesale began to exceed retail. In 1875 Charles Eason Junior entered the business, working in the fancy goods department before moving to wholesale. By 1886 Irish business was bought by Charles Eason Senior and his son Charles Eason Junior. The following year saw the retail, news advertising, library and railway advertising departments opened at 40 Lower O’Connell Street. It became a private company under the title of “Eason & Son, Limited” in 1888, with all shares held by members of the Eason family.

In 1889 the factory opened on Lower Gloucester Street. Printing and stationery manufacturing were undertaken there, including manufacturing of plain goods, fancy goods and postcards. The railway advertising department was transferred to Great Brunswick Street (now Pearse Street) in 1898. In November 1899, Charles Eason Senior died with Charles Eason Junior taking over as managing director, from 1926-1941. Charles Eason Junior’s son J.C.M. Eason joined the firm in 1901. He was managing director from 1926-1950.

By the early twentieth century Eason became the largest wholesaler in Dublin. During the time of the 1913 workers’ strikes Eason and Son were drawn into the dispute between James Larkin and William Martin Murphy with Larkin calling on Eason to cease distribution of Murphy’s newspapers (the Daily Independent and the Herald) at its railway bookstalls. In 1916 the Abbey Street and Sackville Street premises were destroyed during the Easter Rising and from 1916-1920 temporary premises were taken.

By 1920 the current Dublin premises was built, including an extension to 41 Lower O’Connell Street. The Abbey Street and O’Connell Street premises were rebuilt as a single group of buildings. The War of Independence (1919-1921) and the Civil War (1922-1923) saw disruptions to business, including pressure being placed on the company to cease supplying English and Belfast papers. By the 1920s the firm became the major wholesaler of books and stationery in Ireland.