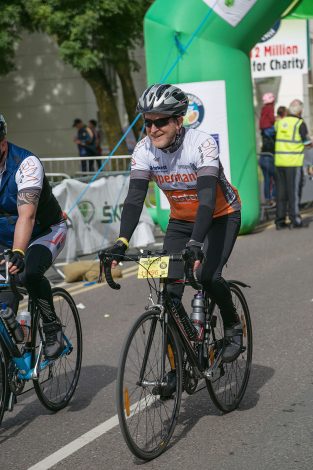 Well done to our colleague, Stephen O’Shea, on completing the ROK Charity Cycle on 2nd July 2016.  It was a long and challenging cycle and the weather didn’t help but he made it to the end, completing an 170km cycle in 7.5 hours.

Stephen did the cycle in aid of the Derrynane Inshore Rescue Service based in Kenmare, Co. Kerry.

Derrynane Inshore Rescue Service is a registered charity providing an emergency lifeboat service 24/7 365 Days a year to Kenmare Bay. The association is a declared resource of the Irish Coastguard which regulates activities and co-ordinates emergency operations. They work alongside other rescue services such as the Cliff & Coastal Rescue Service, and the RNLI and the Irish Coast Guard.

Derrynane Inshore Rescue Service is a voluntary group set up to provide an emergency lifeboat service to the Kenmare Bay community. They are a 24-hour station on call from Valentia Coastguard on a beeper system.  The area they cover is from Ballinskelligs Bay, up down the Kenmare River, also covering the West Cork side as well as far as Dursey island.  They assist with Search and Rescue but unfortunately sometimes it is a Recovery operation. They also cover any water-based occasions such as Triathlons, Regattas and Fishing competitions.  In 2004 they built their Station House in which the boat is housed and is launched from. Their call-outs range from boats out of petrol, flare sightings to missing persons.

No one call-out is the same. Their crews work in a high pressure, stressful environment. Leaving the comfort of your bed at 1 o’clock in the morning to attend a call 20 miles away is no easy task yet they all do it voluntarily. The vast majority of the situations they attend are successful and have a happy ending but unfortunately there are some which do not have a happy ending. Over the past 20 years DIR has retrieved several bodies from the Kenmare Bay. This is no easy task for the Voluntary Crew, but this is a part of the job.

This service is made possible by donations from the general public.  In total Stephen raised just under €1,500 for the charity. 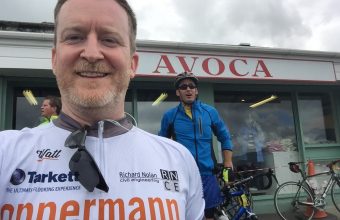 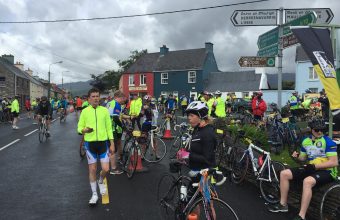 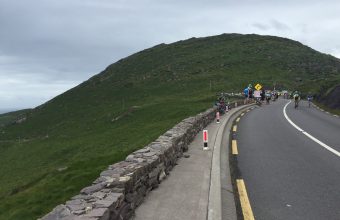 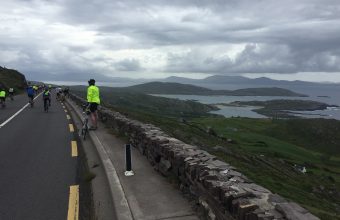 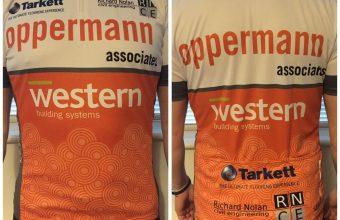