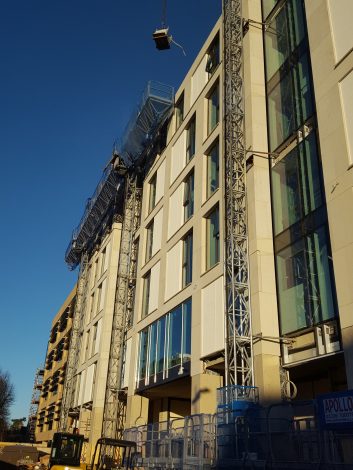 TAMBURLAINE HOTEL ON TARGET TO OPEN IN MARCH 2017

O’Callaghan Hotels are one of the leading privately owned hotel groups in Ireland. The O’Callaghan Hotel Group was established in 1990 when the first hotel, the Mont Clare opened in Dublin’s City Centre. Over the years the Group has opened four hotels in Dublin, The Davenport Hotel in 1993, The Alexander Hotel in 1997 and The Stephen’s Green Hotel in 2000. Each hotel is unique in its style and offerings, from traditional to modern contemporary and boutique style.

While developing its portfolio in Dublin, the O’Callaghan Hotel Group continued its expansion internationally by opening two international properties the first in Gibraltar in 1996 and the second in Annapolis, Maryland in USA.

The latest addition to the O Callaghan Group Portfolio is the 155 bed hotel in Cambridge, The Tamburlaine Hotel.  This is currently under construction and remains on target to open March 2017.

The building is now fully weathered and the fit out to bedrooms and front of house Garden Room, Café, bar and restaurant areas is advancing.

S&T Interiors (UK) have won the internal front of house fit out sub contract. They have vast experience in quality  hospitality fit out  across Europe and the Middle East and they are a welcome addition to the construction team.

Views from the sixth and seventh floors executive bedrooms are shaping up well, looking over Cambridge City and County beyond. 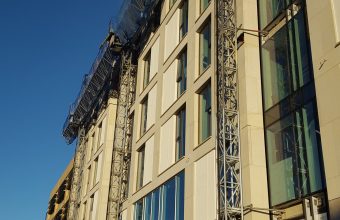 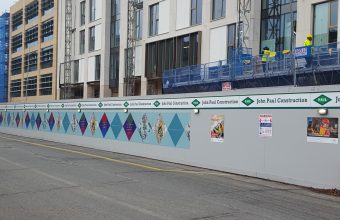 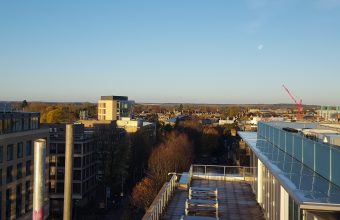